Off the Game Board: Life Unplugged 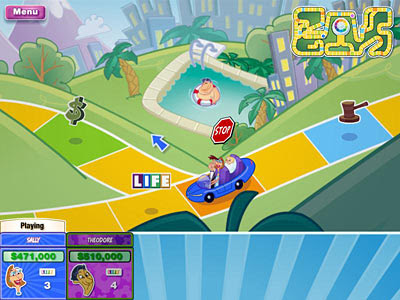 Is it me, or does this big bad world seem to be busting wide open, and revealing a precious and strong beating heart--like we never needed to worry?

I used to think it was a curse that I was born deeply imprinted with the idea/obsession that life is short, fragile even, having been raised on the notion that nothing short of a miracle allowed my twin brother to survive being born so early. But now I'm realizing that cousin Death just may have been my most important relative. And that I can thank him for sticking by me, even when he was shunned mercilessly from every family get together, even though he crashed the party once or twice.

I finally get that all the time I've spent in my life thinking about how we were all just going to die in the end, and the rest of the time, suppressing this thought way down, so as not to really face it, that I was just building up the courage to finally turn around and greet Death-- just like my daughter is becoming ever so slowly able to walk down the Halloween aisle at the store.

Thank you death, for remaining unfailingly at my heels all of my life.

And thank my lucky stars that I finally had the courage to turn around, look him straight in those hollow eyes, and listen to what he has always been trying to tell me.

Thank you, Courage, from whence you came, I know not--that I could finally just suspend the fearful noise for a moment, always getting in the way of hearing anything with real clarity-- to listen to what Death was trying to catch up and tell me all this time.

I now see why he was so persistent.

Simple really. (The goodies always are, aren't they).

Thank you, Death, for telling about a new playing field.

And so it came to pass that, after her meeting with death, the game as she played it was over. As in no more guys to spend doing it all over again, getting eaten by the same swamp creeps. Game Over, as in white bunny ears stickin' out of your pockets empty, which means no more money to put in the machine.

Except it was only a literary rendez-vous with death, as in, she just got to die in the pages of an old, tired book, that nobody would ever pick up again. Death made sure of that when he took it with him.

And so it is that I began to grasp that I am not immortal, that I don't have all the time in the world to finally, tell the truth, to finally, value the heart of me and you, to finally, value the transformation I've witnessed of the shabby appearance of love, into the living, breathing, and very much alive version of it--and most shocking of all--the built in protective power of living authentically--oh, and to meet my brother in an ever clearer space of love--like I mean it--which luckily, in this space you always do!!!

Yes, so, apparently, a new game begins when you finally stop playing the old one--and damn, I look around, and there are some mighty fine players! Only in this game, there are no opposing teams doing any horn-lock dancing.

In this game we just get so amazingly clear, that we can't help but realize very early on how we are already winning, and how perfectly comical it is that we don't have to wait until the end of the game to win.

And it just feels so good. And we just live each moment so much better-like. We just hold one another so much tighter. We laugh so much more--are so much more amazed at all of it above and below the surface--and pretty much can't help but smile all the time.

And if we aren't smiling, we know that some big shit is underway, inviting us into the depths, so that we might bring up what is buried down there, just waiting be seen in a new light. Bring back the sparkle.

Oh, and the best part, is we get to show the sparkle to our friends, and they laugh with us at how that shiny thing was down there for so long, just waiting to be cleaned up and taken on the roadshow.