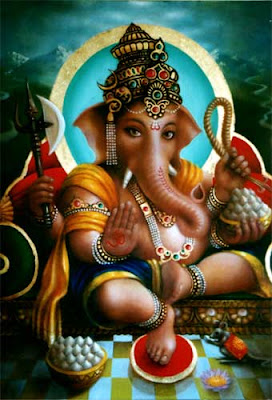 I don't know if I like rats or not.

They've invaded my house in the past few months.

Funny the fear of sharing this here, that you will picture my humble abode as kind of an evil lair, dirty and ill-kept--the kind of place where rats would assemble---become armies for some infamous villain.

You'd never know how the furniture I came away with from my divorce fit perfectly in each space of my little house, as if it had been destined for this place all along. You'd never picture little girls rooms frosty with pastels. You wouldn't directly guess that I have a taste for swirls and the belle epoque.

Yes, and I can't help but ignore a conflict within, that the rats feel like mere rats, and I can't elevate them to a higher status.

Is it any different from the aristocracy and the hungry peasants?

I trapped one unknowingly in my daughter's room. I thought the towel under her door was keeping them out.

But when I went to wake her up, I saw the signs of a rat in residence. I found the little scoundrel hiding behind bookshelves. I chased him around the room, my girls perched on their bed-island, thinking they were safe.

Did you know rats can jump three feet in the air? That's when one of my daughters made a run for it and I heard a door slam.

The rat ended up jumping up in between the window and the screen. Which is when I quickly shut the window, and created our very own rat aquarium. He looked a little less menacing trapped in the window. My daughter wanted to keep him for a pet for a second or two. Seeing as she had been trapped all night with him, I take it that finding him cute meant she wasn't too damaged psychologically. He was quite a sight sandwiched between the glass and mesh screen jetting nervously around, stealing glances at us. We went outside, removed the screen, and the little guy got away, scot-free.

We have had quite a few misadventures with these little guys. I'd count at least ten over the last two months. Only ever one at a time--thank goodness. One was hiding in the fireplace and we set up coffee table books to form a runway that would guide the rat from the fireplace and out the front door. We nudged him out with a broom handle and watched him run out to freedom. We employed this method a few times. We used a box and cheese, and my cat (mostly useless) helped with a couple.

One night I was in bed, and had put a towel under my door, only to wake up to my cat chasing a rat down the hallway only to see it push through the towel under my door and run for its life into my room and under my nightstand at 2am! Talk about a nightmare!

Lots of late night activity with these rats and my cat. Lack of sleep-- like nursing a newborn.

So why am I not sure if I like them or not? Shouldn't I abhor them?

Well, because, to tell the truth, they have given me a new found energy to move. I can't explain it, but having to battle the rats has infused me with a do or die kind of energy--to get up and go. Because nothing could disgust me more than all that they stand for and leave behind, nothing could make me get out the Lysol and bleach and clean so thoroughly. And well, I think I needed this to push me into the act of doing and not thinking about it--truly having no choice in the matter. Because, really, with the rats, there was no mind to vacillate back and forth about the matter of reclaiming my territory, of making my world clean and sane for my children and me. There was nothing that could feel so fearful and show me my courage in such a way than getting up in the middle of the night and facing these dark shadows.

Do you see what I am getting at?

Having to reclaim my space has shown me a part of myself that can get things done, that can work tirelessly toward the aim of creating a sane environment. Seems to be teaching me about harnessing and infusing a new found energy in so many aspects of my life. This battle has shown me that I can be unafraid of the monsters lurking in the dark. I can do it by myself and I can choose to let go of the frame of mind that would leave me terrified and running for the escape route. I've been done with that for a long time--but I haven't been clear about quite how to start the engines. This rat business kind of gave me no choice but to attend to the matter at hand. And thank god, because it was time for me to begin living on a higher gear.

A few months ago I was touched by a large beautiful elephant in my dream. He caressed my leg with his trunk, and then danced off, as light on his toes as any ballerina. He was so big and heavy, that to see him dance off as if he weighed nothing was an awesome sight to behold!

Before this dream I was not acquainted with Ganesha, the Hindu god with the head of an elephant and body of a man. Nor did I know that his vehicle is a rat, or that as the god of obstacles, he places them and removes them as he sees fit. A series of synchronicities led me to stumble upon this god.

I can't help but think that perhaps these rats have been the perfect obstacles to help me to override an even bigger obstacle--a part of me that was ready to get up and go, but barred by the paralysis of a heavy mind that was sure it just couldn't take another step in this world--that it was just to hard, it was too tired, too broken, too bereft of light.

Today I watched a tiny little rat move around my garage as though he was experiencing sheer delight, completely ignoring my presence. I caught him in a shoe box with peanut butter, with the greatest of ease and took him far away and let him go free.

I wasn't completely free of fear as I watched him, but I could appreciate his agility and curiosity, his ability to move and shimmy through the smallest of spaces--to climb like Spiderman and jump like Wonderwoman.

I can't help but think that it isn't all so black and white, that I might have something to learn from these little guys about the world and about myself. Even if it is only learning to claim my space in this world--my territory, my birthright. (I guess this applies to coming home to this blog!)

Who knows, I may call in the big artillery to rid myself of the rat problem all together, but, the gift in the most unlikeliest of places, has not gone unnoticed.

Just having to get up and attend to such a problem has re-awakened a part of me that likes to move in this world, to solve problems, face fears, to perform and fine-tune--a part of me that had shut down from general and specific wear and tear from being so sensitive, a mostly blocked energy circuit from maintaining a victim mentality all these years, from a lot of big life changes and an even bigger story that life had essentially just become too much to bear.

In this new place, life feels as though it is to be lived and acted upon.

So, all this self-work, letting go of the stories-- it left me a little in the fog. But the rats (along with a whole host of other experiences) have helped me to push through the obstructions and into the warmth of the sun--to take the action that creates beauty and sanity.

The irony of it all still gets me. That I could actually thank the rats for making it most uncomfortable for me--for pushing me out onto the dance floor.

I cannot deny their aid.

Well, there you have it, folks--time to fill up those dance cards!