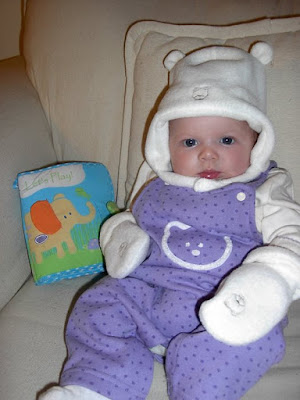 I am learning that freedom from a feeling of separation is learning a new framework of no separation.

It takes time, because there is such a knee-jerk reaction to return to the old framework. It is deep and old, and snaps back like a fail-safe elastic. Out you run, stretching the bounds, as far and as fast as you can, making a run for the great-wide-open, until snap! You are back. It is no wonder that as a society we use drugs for a more permanent illusion that we've actually made headway.

The stubborn part of me is set on moving further into the stretch without the aid of chemically induced detachment.

I am learning that I have to continually lean into the new framework, because the more I adopt a new framework, the harder the old one tries to yank me back. But the farther I venture out, the worse it feels to snap back, and the more I surrender to learning something new.

I am learning ever so gently that a new framework involves not running from the wounds, but not judging them either.

And the biggest obstacle? Clinging to the periphery.

I am learning that I get stuck there a lot.

I am defining this as clinging to the edges--to the fears--which keep you from venturing out into the center, where your fears wouldn't have the same hold on you.

You are actually afraid of freedom, because at the periphery, fear is what is real. Fear is what is familiar, and so you settle into it, unable to open the door to other possibilities, because you don't have a frame of reference for a new way of being.

Like my daughter who was afraid to go into the center of the swimming pool, because of ominous one inch by one inch blue tiles peppering the bottom of the pool. She forced herself to stay with the fear on the sides of the pool, with no possibility of venturing out into the wide open.

I am learning that our world keeps us afraid of the wide-open. Compartmentalizes. Gives you a personality profile, for instance. In my case, turns out I am an idealist. Doesn't that just sound so separate, so final? So pretty, but useless?

The problem is that at the periphery is where your fears are fueled, living and breathing, fed by you. You feed the fears, powering the imprisonment. The periphery is where you encounter the very edges of the illusion, the pervasive thinking that is your very own buffet of fears, unique to you, that feel rock solid, creating the impenetrable quality of the prison. It is a pretty awesome creation.

And as long as you are afraid, you return to this stuck place, like a fortress.

Last night as I was meditating. The message I got was don't run from the wounds, but don't judge them either.

I saw some paint chips on the wall, that I've been meaning to repair for a long, long, while. Wounds. I began to look at them closely. I tried not to understand what they meant--what they said about me and my ability to take care of my house, about my house neglected and falling into disrepair, about my well-being in a place that is caving in.

Suddenly, the chips in the wall turned into a wise face. How could I not have noticed it before? I stared at the face, and it stared back. We met there in a new space together. The little man in my wall was happy to be seen. I was happy to see him. There was an honoring of new vision. He was recognized. I had recognized. Nothing in the way.

As soon as the sweetness of our interaction wore off, I felt a familiar reaching for the next bit of sweetness, which in this case was actual sugar.

I just sat with this reaching for a moment. I could feel the wound in it. I tried to look at it like I looked at the chipped paint.

Almost as soon as I closed my eyes there was the benign image of Winnie the Pooh with his hand in his honey pot. He reached his snout in to lick at the delicious golden sweetness. Oh, good old Pooh bear. I would never judge him for his affinity for honey.

I saw my reaching as less monstrous.

The reaching evaporated and was replaced by a child's energy to get up and move. There was the curiosity to re-pick up the Tao of Pooh one of these days. I'd picked it up years ago, but the wisdom was lost on me at the time--but it had planted a seed.

This morning, I honor the Pooh Bear in me--fumbling along, stocking my cupboards with sticky honey pots, recipient of nightmares, but light enough in moments to float up on the string of a balloon, and curious enough to look for the pot of gold at the end of a rainbow with my friends.

And mostly, what I hope to cultivate in me, is Pooh Bear's ability to walk into fear, because it doesn't occur to him to be afraid. That is some serious trust he carries with him walking out his door.

I call it living in a framework that supports rather than suppresses experience.

I call it a return.

January 10, 2019
My thoughts drift back to when I was a child. I had a little toy kitchen sink and stove, no nouveau riche set, à la pottery barn, but very basic and snap together. It was set up in the unfinished basement on top of orange Muppet shag rugs that covered some of the cold concrete. There was a giant TV that looked like it had been built in a giant dresser. One top of its console lifted to play vinyl records and the other to play LP’s. Look it up. My kitchen was set up in the corner by the window well, where I could see cobwebs and spiders filtering the outside light shining through. I don’t remember playing much as a kid, but I do remember cleaning up the toys stored in giant Tang cans down there--organizing and reorganizing them at my mom's bidding, to rest the perfectly sorted toys in glowing metallic green cylinders, on pastel yellow metal shelves, the quiet yellow that sort of softened the Muppet rug domination, but added a utilitarian feel to the unfinished basement. I shoul
2 comments
Read more