Learning How To Walk Part II 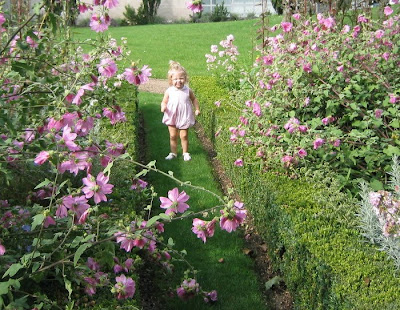 My Roots:
I can trace the roots of my perception of a very limited world right to my birth. Born two months premature, my twin brother and I made a precarious entry into the world. I was small, 3 pounds 13 ounces, but would survive. However, my twin brother was even smaller with undeveloped lungs. So, it seems that right out of the womb, I had a profound understanding of the fragility of life, at the least that life was precious, and potentially short.
The framework carried with me from as young as I can remember, and went something like this. Cleave to those you love, for they may be gone in an instant. There is no time to waste not loving. Now is the time to love.
I worried obsessively, about losing those I loved. I used to startle my parents when I'd go to a sleepover, or away with a friend for a few days, leaving long notes, (yes, even then I had a propensity for long:) that were alarming, as they read more as goodbye letters.
Just in case, was my motto.
My poor twin. How I worried for him, that somehow he didn't have what it would take to survive this harsh world. He resented this worry, because it was very disempowering to him. I treated him as fragile. I saw him through a mental construct that saw him as limited. He was anything but weak, but the poor kid couldn't break free of my perception of him as thus, from my worry, from my putting him in a box!
For me, life was to be taken very seriously. If you only had one chance, you better just focus on what was really important. This focus has come to serve me now, but I am accessing it from a very different place, one that is not rooted in fear.
Life was an uphill battle as early as I can remember, wrought with confusion at all the contradiction and insurmountable problems, at the appearance of love, but a feeling that it wasn't the real thing--not to mention all the warring. The world felt beyond repair.
I absorbed all of the disasters and difficulties, and with it a sort of paralysis. I saw the world and the people in it as ultimately condemned to a life of pain and destruction, unable to break free from their shackles, whatever they may be.
What I've been led to discover over the years, was that my fear and worry, and valiant attempts to bring it all to love, from my fear, did more harm than helped. It created more separation, perpetuated more fear. My feeling of it all being broken and needing to be repaired, kept me from being able to see what was working. My fear was dooming me to more fear.

Fear of my twin's ability to make it never helped him, but rather pushed him away, and kept him from feeling seen by me.

Even when he was successful, there was a tendency for me to wait for the other shoe to drop, to think--well, he did this, but how will he do that? I expressed this fear to my parents, as a sort of watch dog. As you can imagine, this only created more of a divide between him and my parents. I can imagine how enraged I would have become had the roles been reversed. Frankly, he was gentle with me, compared to what he should have been.
All of this fear only made me more fearful, because more and more he just shut me out. I was no longer privy to his experience.
This was the best thing he could have done, however, because everything was pointing me toward letting go, so that I could experience peace without it being contingent on the well-being of those around me. It was a relief that he pushed me away.
He was giving me breathing room. He was loving himself. Perhaps the first real feeling of love I felt, even if I did not understand it or could not see it as such at the time.
My relationship with my twin, and letting go of needing to be afraid for him was but a stepping stone in a whole series of breaking free moments in my life, leading me toward letting go of other gargantuan belief systems that left me powerless.

We all want this.

And so:
This journey has been rich, and it has done nothing more than help me to see what is right in front of me, without the fear in the way.
This is the way I want to be in this world. This is flying, with no bounds!
My darker experiences have raised the stakes, made me pay attention, and kept me working on becoming clearer every day of my life.
Looking back I see these moments were always part of the duality of the whole, being a twin was part of the duality of the whole--pointing me to the fact that the world isn't broken, people aren't broken--that experiences dark and light work hand in hand to help us grow--to help us meet each other in strength and trust-- and love is the glue.
In the end, even this concept that we need glue falls away.
There is only love.
This leads, and always has been leading.
My entire life experience has been instrumental in helping me to shift my perception that relationships aren't so fragile as they seem, but within them are deeply hidden treasures in the painful moments, and the aware moments, that hold the keys to setting everyone free.
The process of moving through fear is essentially the same for all. And being a parent has made this a technicolor expeirence. As far as I've experienced there is no relationship that gets closer to loving unconditionally than that of being a parent--perhaps the closest connection I've found to model all my relationships after, to let people grow and expand at their own pace, and to honor their way.
I believe that even if these examples may appear simplistic, that the essence of these experiences can be extrapolated to working with any relationships, any people, or any looming global concern, for that matter. Moving past a place of fear, letting the fear show what deep beliefs are active underneath, creates release, connection, and prime conditions for collaboration.
It allows access to thinking outside of a confined space. Solutions come from a space of possibility, and not from old constructs born out of the problems--out of fear of change, or tradition, even superstition.
The connections forged in this place naturally open people up to a more joyful way of being, of listening, and of contributing.
And when something comes up in any of us that resists the process or thinking of another, it is an opportunity to see what fear is active in ourselves, letting it further show us our templates, and free us from it.
And all of life, all of work and play, becomes engaged, deep meaningful work; our lives and own experiences are never taken out of the equation with regard to any aspect of our existence. We continue to learn as much about ourselves and our perceptions, as we do about another's--
And little by little, we truly find that only love is real.