Brother, There Art Thou 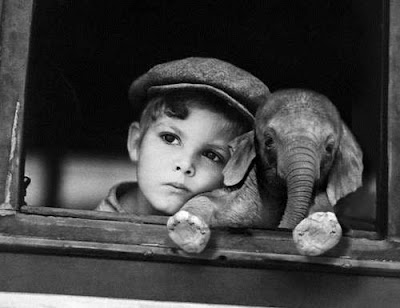 I want to write about the other night, when a guy at a local coffee shop, stepped up the service. When he took my order, he praised each choice I made, as though I was a wise and gifted connoisseur of sandwiches and tea--my first hint that this experience was out of the ordinary. I watched him from my table arrange my plate with as much artistry as you can muster for a French dip sandwich and a side salad. When he hand-delivered the plate to my table, I knew this experience was extraordinary. I want tell you how his smile and his little extra effort to connect made something in me perk up and pay attention.

Perhaps this sounds silly--of course you have encountered nice people. He was a nice guy, don't make such a big deal about it, you say.

Here is what made this different: firstly, that I noticed, secondly, that I was open to receive the abundance--that I was free enough in my own mind to pay attention, and to see his gift in my world. No befuddled thoughts to hold me out of the present while the beauty passed me by. I was receptive. I didn't shy away, thinking what does this guy want from me? Better not be too nice back to him, for fear... Instead, I was able to be with his graciousness in that moment, in a clear and loving space. There was no fear, no needing, just the wide-open-space around a moment in time where the Universe was serving me up more than a platter, and I could feel my heart open and taking in the experience.

It just might have been the best sandwich and tea I've ever had. But mostly, It was that I saw my brother. I saw his beauty. I saw his gifts. I saw his heart with my heart.

The other night I took the girls to a traveling circus. A traveling circus always makes me curious, because you can't help but wonder about people who actually did grow up and join the circus. Then you see what are clearly the circus offspring, and you think, wow, how would it be to grow up in a circus?

There was one boy who was on the sidelines, and apparently, not part of the bigger family. He was tending the elephants during intermission. I found myself curious enough to ask him about his experience traveling with the circus. He told me that he'd only been with them for a week. He told me they'd just picked him up at the mission. He told me how much pain he was in from all the lifting and moving of the animals. But he smiled. "They pay really well, though, and I was homeless before. Now I have a chance at a career, and a good job, and a new life."

He told me how much they paid, and my stomach dropped a little. It wasn't much at all. But it didn't matter to this boy, who had stars in his eyes, with a new chance at a new life. As I watched him petting the elephant's trunk, his adolescence and lankiness even more pronounced next to such a giant creature, I found that I couldn't judge his path. I could feel no pity at his meager wages. Instead, I saw a beautiful story emerging of a gorgeous, compassionate elephant imprisoned by the circus, and a young boy by his side, imprisoned by his own fate. I saw the two walking together, sharing together, being together, becoming free together.

I wished him well and went on my way, but long after, his story has stayed with me; a story that would have haunted me before, now lives with me as proof that beauty does not belong to only an elite few, that it pervades ALL walks of life.

I see that abundance comes in so many forms, and that in every moment we can take heed, open to receive it, and feel how our hearts gently help us to abandon the painful stories, help our judgements drop away, so that we can see new patterns of abundance right now.

Always something within reminds us that it is in all of the variation the we find possibilities of abundance, as unique and varied as every snowflake, and as breathtakingly beautiful.