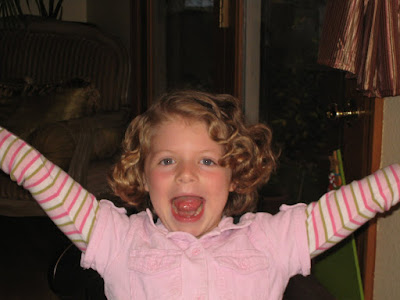 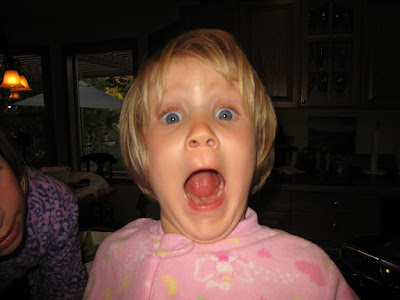 As I make clear sweeps at the shit in my mind, magical moments begin to emerge in the freshness of space where beauty is uncovered. There are moments of bliss that must happen and that cannot be delayed, not even for a minute!

Yesterday my kids were home from school, and fighting, or on the verge of fighting most of the day. Fortunately, I was in a place of going with the flow more than usual. Kids fight, is what I told myself. Kids believe their thoughts, just like I do. Don't judge them harshly. All the negativity that they are expressing they genuinely feel, and, of course, it feels impossible for them to separate themselves from it--to snap out of it, so to speak. Just be with it.

It is often the case, when I am in a good place, (especially when I am in a good place), that it feels like something or someone is trying to pop my little bubble, and bring me crashing down. However, I saw through this little antic of my own creation. Because, after all, it is only my own perception of things, and the part of my mind that paints me as a victim, that would dare try and convince me that anything had the power to bring me down.

By late afternoon, however, I could feel myself wearing thin. My connection to grace was deteriorating.

Herein unfolded the strangest and most exhilarating moments I have had in a long time--when I acted with such surety. It was about 4pm. I needed to refuel, and every part of my Soul was roaring with excitement for me to do it. Nothing was out. No guilt could keep me wallowing at home as a mommy, waiting until I hit rock bottom. There would be no waiting for the kids to be sleeping to refuel.

I had to have fun NOW! I had ants in my pants to refuel! No more band aids, like nibbling at chocolate to ease the pain, or taking a bath with the door locked, while my kids duked it out on their own. Nope, tonight I had to get out on the town. I was taking my little velour-jogging-suit-clad-self (my brother calls it my mafia outfit--yeah he's a nice guy:) out for a date.

I thought I would burst I felt so much love for myself and my life!

My friend had told me about the Michael Jackson This Is It movie, and that it was all about his process as an artist, and his genius. That was all she had to say! I knew I would see it.

So, at the time when I was feeling myself wearing thin, there was no question. This movie would not be a renter. I would leave now and refuel myself with a master of creation, a man standing in his own shoes, even if eccentric and misunderstood; a man who loved the world because he was overcome by its beauty; a man as a perfect symbol of one not fitting in, often judged very harshly. And yet, his vision was to create beauty and touch the world with it, to bring it to oneness. So, he lived in a gilded cage, but what he did within its walls!

I checked the movie times. One had started ten minutes ago. Could I make it? Would you believe that when I called the babysitter, who lives behind me, and asked if she could come over right then, she said, YES! Even at that I was 20 minutes late for the showing. Would you believe that when I arrived, it was still in previews! YES! But then something told me that if I followed my bliss, the universe would arrange all of it.

And so the next two hours were spent watching this man inspire me, while my kids were having a great time, and some of their very own much needed variety in their day, playing games with a babysitter who loves them. And I could love myself and find my inner artist stirred by watching the immense talent of not only Michael, but those very talented people around him, who worshiped Michael Jackson, as he had inspired their own artistry.

I could feel myself opening to all the possibilities as I watched him working his magic.

I felt the enormous enthusiasm of wanting to embrace my true uniqueness, my gifts, and all of me. I wanted to explore outside of the box and see what fun I might get to have in this world that I hadn't allowed before. All of the sudden the world felt like a playground.

What fun it could be! How I could feel on fire with passion for living...the ways that I already did, and how it just keeps feeling bigger and more possible. On fire, baby!

When the babysitter left, my kids and I had a dance party as we jiggled and shimmied around. They were laughing, and so was I as I danced all the while preparing dinner.

They knew joy, and I knew joy, and this morning when I woke them up singing, my voice felt free and strong. I had forgotten how much I used to love to sing.

I had forgotten a lot of things that brought me joy, lost in the perpetual machine of trying to be something I never could quite identify, trying to please I'm not sure who--all the people who were afraid?

C'mon! Get out of the mind, and into the groove! Close your eyes, and feel that smile on your face to stay.